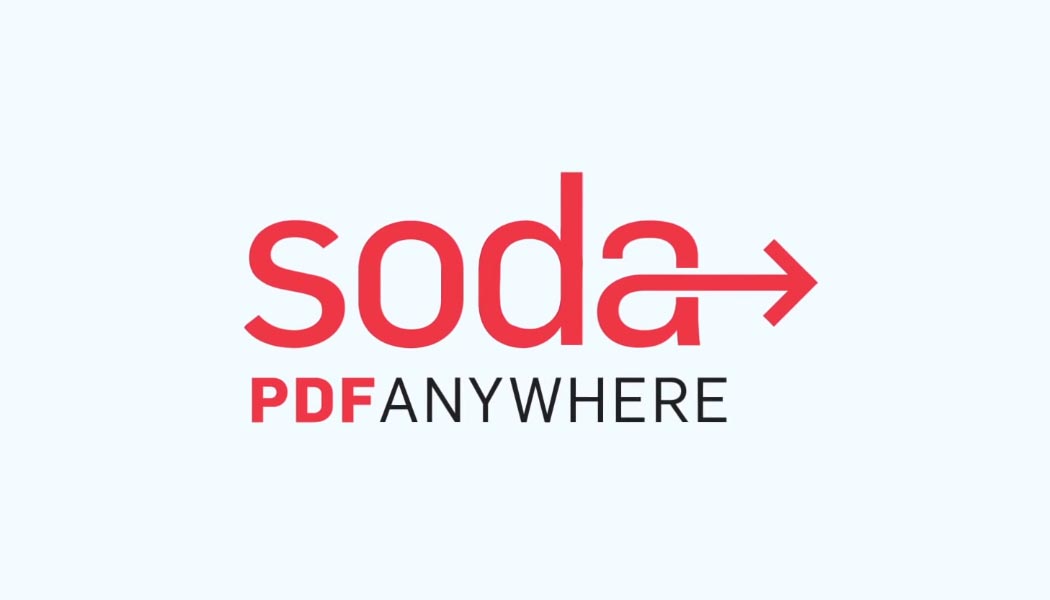 Among the vast number of Acrobat Pro DC competitors, Soda PDF represents one of the closest candidates as a close-enough alternative. The software has been around since 2010 when LULU Software Limited, headquartered in Quebec, Canada, started the project, and in its 12 years of existence, Soda PDF has reached a respectable level in terms of polish and feature set as a PDF editor. For the purposes of this review, we have acquired our own Soda PDF 360 Pro license which comes with all of the features you might require as an individual. The next tier in pricing is designed to fit business requirements as it implements deployment features as well. Let’s take a closer look at Soda PDF 360 Pro.

Soda PDF can be purchased as a monthly payment ordeal, with no permanent one-time purchase license option. There is an option of going for the month-by-month payment or signing up for a yearly commitment, which does result in slight savings. The basic Soda PDF 360 Standard license, when purchased as a year-long license commitment, will cost you US$5.99 per month. The Soda PDF 360 Pro within the same payment plan will set you back US$9.99 per month, while the Soda PDF 360 Business costs US$16.99 every month. If you would like to purchase just a couple of months of Soda PDF 360 usage rights, the prices of the licenses are as follows: US$7.99, US$12.49, and US$19.99.

In terms of compatibility, Soda PDF 360 series is intended for the Windows platform, reaching all the way back to Windows 7. If you are using macOS, you can opt for the Soda PDF Anywhere series, which is basically an online-only version of the 360. There are no dedicated downloadable applications for macOS or Linux users. For the clarity of this review, from this point onward we will be covering Soda PDF 360 Pro exclusively, which requires the following system configuration to run as smooth as possible:

After installation, Soda PDF 360 Pro takes up only 380MB of drive space, which is awesome. As usual, we recommend visiting the official Soda PDF website to acquire your own license as this will require you to create an account and process the payment following their guidelines, making you eligible for refunds and direct customer support if needed in the future.

In terms of features, Soda PDF 360 Pro has checked all of our must-have features for a PDF editor. It does lack a bit in the nice to have features such as comparing documents or customization of the user interface, but these should be considered as a bonus. Standard and most commonly used features are executed almost perfectly. Let’s take a look at some of the workflow examples for each of those:

Delete One or Multiple Pages 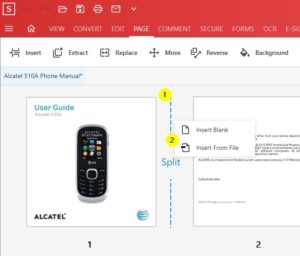 Insert One or Multiple Pages 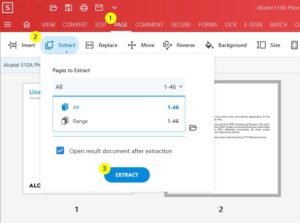 Extract One or Multiple Pages

As obvious from the above screenshots, all of these basic functions are as short as possible in their execution, you will rarely require more than three mouse clicks to actually get it done. In terms of text and image editing, we have no complaints either, the software is efficient when selecting text and images, and the options for editing are presented right there in front of the object you selected. 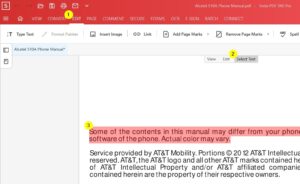 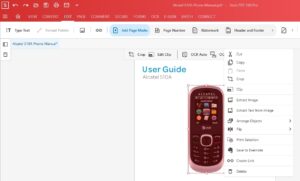 Somewhat of an oddball, but actually quite useful feature, is the ability to add page numbers to the document if they are missing. Obviously, you can do this with a bunch of other PDF editors, but in the case of Soda PDF, it is right there, and, once again, executed in a very efficient and quick manner. 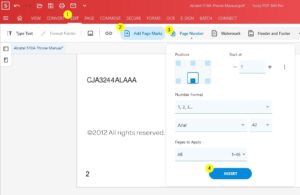 We would like to emphasize another great benefit of using Soda PDF, which is the Form adding and editing. Soda PDF offers you a whole lot of options in this regard, but what makes this feature, in particular, stand out in comparison with the rest is how everything aligns perfectly right out of the box. Every added form will automatically try to align to a previously added one, which makes it that much faster and more convenient to use. 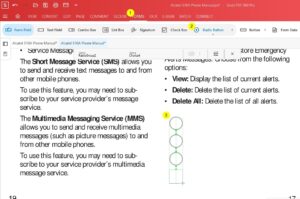 Soda PDF does not fall short in terms of batch document processing. There are a dozen of well-thought-out batch processing options, such as the following:

During our testing, Soda PDF 360 Pro has managed to surpass Acrobat Pro DC in terms of merging a bunch of PDFs together in terms of time taken to finish the task, but it fell short ever so slightly in terms of batch document file size optimization. Nothing wrong there!

Soda PDF 360 Pro is able to convert your standard PDF document into PDF/A which is a standard covering a set of rules and obligations ensuring 100% equal document representation regardless of the software used to preview it or edit it. This makes Soda PDF a valid candidate in terms of PDF archiving tasks, as the PDF/A standard allows for a high degree of document durability over time, restricting the addition of features that do not follow the standard’s guidelines. In the screenshot below you can see how simple it actually is to enrich your standard PDF with some strict standardization:

Out of all the features described above, we would like to indicate Soda PDF’s excellent performance regarding form adding and management, as well as the fact that we always felt at home using this software. The user interface is designed in somewhat of a dynamic fashion, and by this, we mean that when you click on an object you will be presented with all of the tools and options for that particular object, which is truly refreshing. To top it all off, remember that Soda PDF 360 Pro takes up just 380MB of your drive space!

As hard as we tried we did not find any critical negatives during testing of Soda PDF 360 Pro. The software performed well throughout our testing scenario and has proven to be the best in some specific features such as the creation and editing of the form, but the overall feel of the program just takes it to another level. Pricing options are affordable and laid out in an easy-to-understand manner as there are only three tiers to pick from. There is a large gap in the feature set from the Standard to the Pro version, but the pricing difference is truly insignificant and we would certainly recommend the Pro version if you are in it for the long haul. 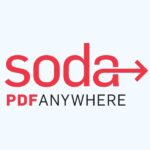 Soda PDF brings some unique features to the table, but still needs some work on the standard features in order to catch up to the industry-leading stuff.